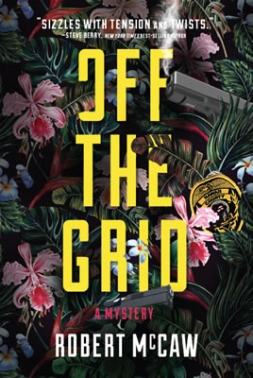 Published by Oceanview Publishing
Buy from:

“In Off the Grid, Robert McCaw has fashioned the year's most original mystery-thriller set, appropriately enough, in the equally original setting of Hawai‘i. He crafts a relentlessly riveting tale that races out of the gate and never lets up for a single minute or page.” ―Jon Land, USA Today best-selling author

“This one sizzles with tension and twists that entertain and magnetize. Danger and drama abide, with a wonderful, devil-may-care hero. Robert McCaw has the touch.” ―Steve Berry, New York Times best-selling author

“Off the Grid is a gripping thriller that grabs the reader by the throat in the opening scenes and doesn’t let go until the dramatic conclusion. If you don’t know McCaw, this crime novel is the place to start―grisly murders, smart cops and agents, and a unique sense of place on the island of Hawaii.”―Linda Fairstein, New York Times best-selling authorPerfect for fans of James Lee Burke’s Dave Robicheaux 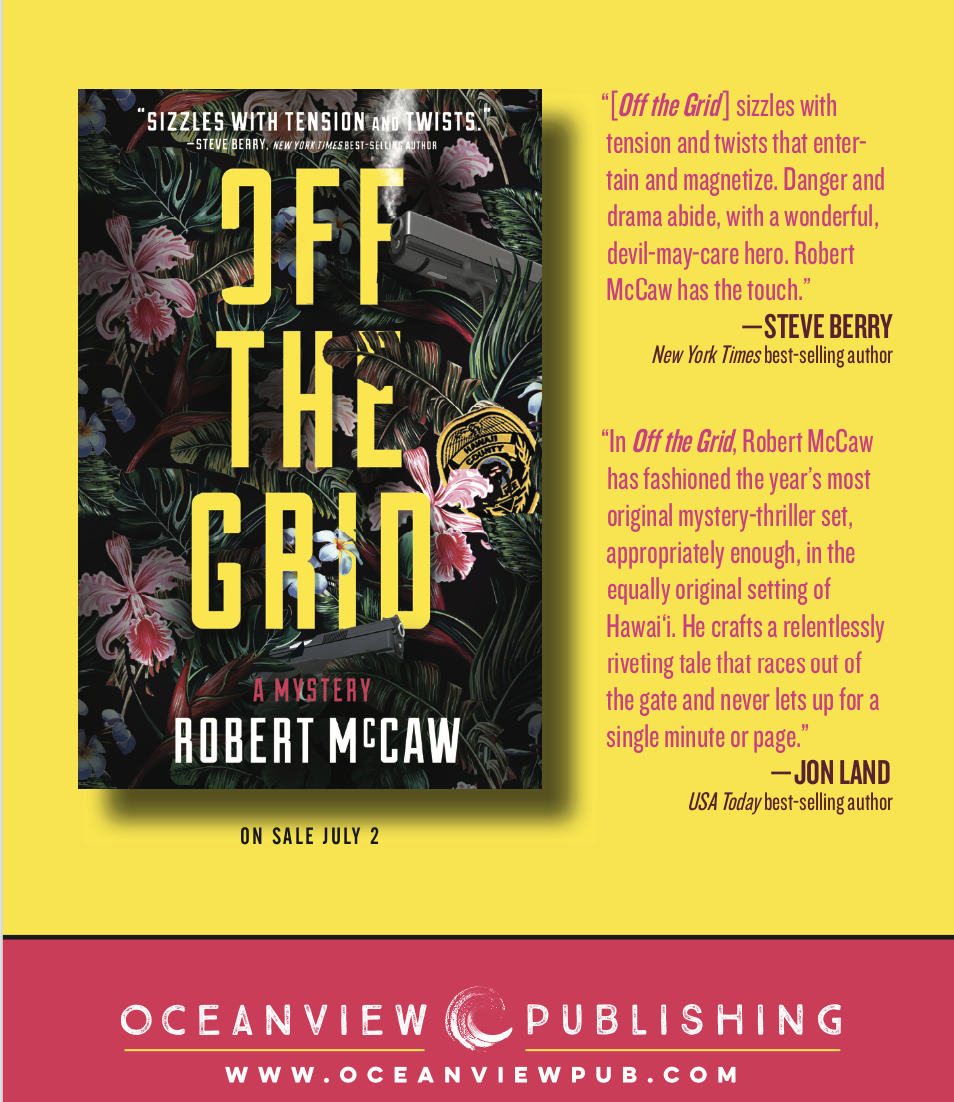 A scrap of cloth fluttering in the wind leads Hilo police Chief Detective Koa Kāne to the tortured remains of an unfortunate soul, left to burn in the path of an advancing lava flow. For Koa, it’s the second gruesome homicide of the day, and he soon discovers the murders are linked. These grisly crimes on Hawaiʻi’s Big Island could rewrite history―or cost Chief Detective Koa Kāne his career.

The dead, a reclusive couple living off the grid, turn out to be mysterious fugitives. The CIA, the Chinese government, and the Defense Intelligence Agency attempt to thwart Koa’s investigation and obscure the victims’ true identities. Undeterred by mounting political pressure, Koa pursues the truth only to find himself drawn into a web of international intrigue.

While Koa investigates, the Big Island scrambles to prepare for the biggest and most explosive political rally in its history. Despite police resources stretched to the breaking point, Koa uncovers a government conspiracy so shocking its exposure topples senior officials far beyond Hawaiʻi’s shores.